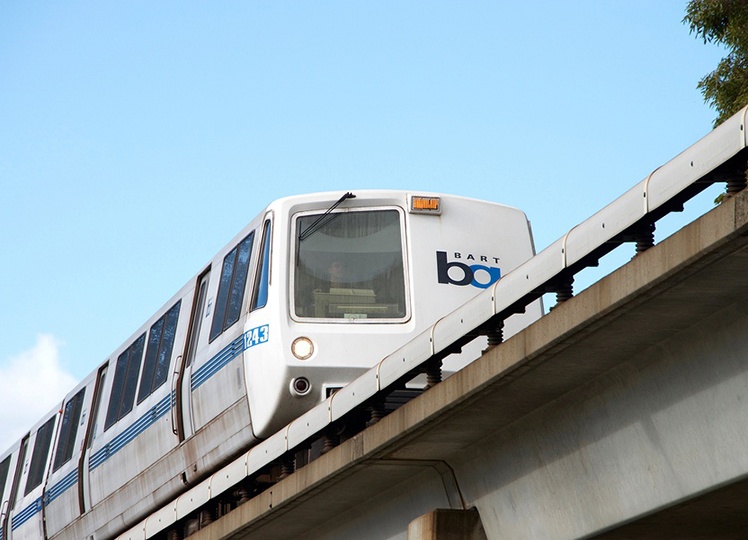 Hey, San Francisco commuters! BART just opened its 46th station. Learn all about Warm Springs Station and some of the cool features it offers commuters.

BART’s newest station, Warm Springs, is a 5.4-mile extension that connects to Fremont Station and is the “first extension on the Fremont line since BART started service in 1972.”

Warm Springs Station is “farthest south in the BART system.” Its proximity to Highways 880 and 680 makes it incredibly convenient for commuters that live in South Fremont. And, while it won’t offer full service on both lines until 2018, with 2,100 parking spaces (42 of them for electric cars), parking is aplenty.

Warm Springs Station is also accessible to bicycle riders. It offers bike racks, bike lockers, and bike parking. According to BART.gov: “Another bike-friendly feature is the introduction of bike channels in the main entrance and southern stairways.” These channels are located between the concourse and platform levels, which make it easier for bicyclists carrying their bicycles up and down the station’s stairways. The City of Fremont also took a proactive step by upgrading “several streets leading into the station to support increased bicycle traffic.”

Like many of BART’s other stations, Warm Springs features artwork from professional artists. Its colorful glass display, Sky Cycles, was designed by Catherine Widgery. According to BART.gov, this majestic piece “anchors the station to its surroundings by featuring abstract images on the station curtain walls of Fremont’s many landmarks, such as Lake Elizabeth and Mission Peak, as well as the San Francisco Bay, the Dumbarton Bridge, and the city skyline.”

Have checked out Warm Springs Station yet? We’d love to hear from you!