There are so many public transportation myths floating around. So, to set the record straight once and for all, we’ve decided to separate fact from fiction. 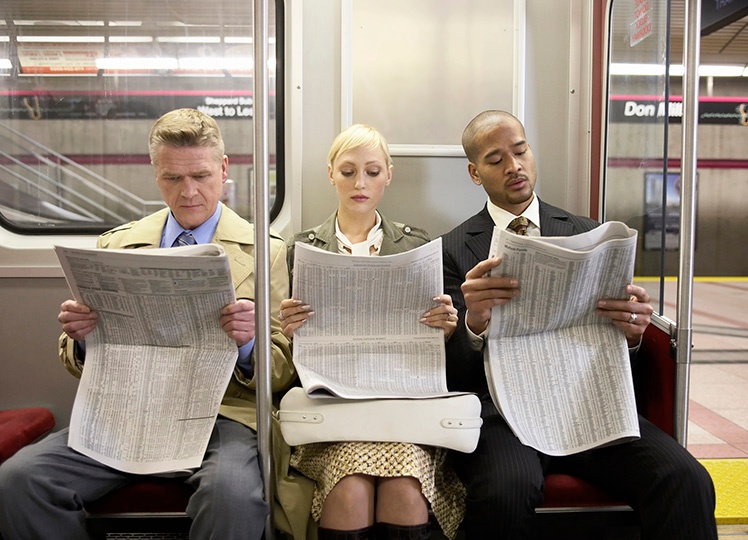 Myth: Public transportation only benefits those who actually use it.

Fact: Public transportation actually benefits the whole community, and in more ways than one.

Myth: Transit is subsidized; whereas, roads and highways are paid for entirely by their users.

Fact: Both are actually subsidized. It takes a lot more than just gasoline taxes and vehicle registration fees to cover the costs of building, operating, and even maintaining your roads. That money has to come from somewhere.

Myth: People are not taking public transportation anymore. Everyone knows that.

Myth: Well, I don’t live in a big city, like New York, so I can’t rely on public transportation anyway.
Fact: That’s so not true! Many states are really stepping up their public transportation systems. Take Pennsylvania for instance. In November 2013, state legislation approved a $2.3 billion transportation funding bill that will not only go towards fixing up highways and bridges, but a portion of that money will also aid in sprucing up their state’s many mass transit systems.

Even smaller cities are working on increasing public transportation options. The City of Houston opened an a new light rail extension in 2013 and has two other lines under construction.

Myth: Commuting by public transportation won’t cut down on my commute time. It would probably be faster if I just drove to work.
Fact: This one is a bit tricky because it depends on a bunch of different factors, like location and traffic congestion. If you’re commuting to work in a suburban area where traffic congestion isn’t all that terrible, it might be a bit faster to drive. But, if you’re commuting in a jam-packed city, like New York or Boston, taking public transportation will save you time, not to mention a bit of stress.

Driving in rush hour can make the calmest, most patient person in the world bristle with annoyance. If you’re on the bus or train at least you can read or play Candy Crush on your phone instead of trying to suppress the major road rage you’re feeling at the guy in the Beemer who just cut you off.

This transit service serves the large suburban area quite well. Those who live in the suburbs of Chicago can usually find a Metra station nearby, which will take them right into the city. Chicago suburbanites can also check into Pace, a bus service that provides transportation to and around the city’s many suburban areas.

Myth: Public transportation isn’t safe; there’s way too much crime at the stations or even while riding the train.
Fact: Sadly, crime is a problem everywhere. But, some cities have actually seen a decrease in crime in their stations or on their buses and trains, especially New York City.

Thefts, robberies, and assaults have dropped 16% since 2012 in the Big Apple. Chicago’s CTA has had less crime as well. In fact, violent crime on the CTA went down 19% in 2012 due to an increased police presence. Still not convinced? Check out our public transit safety tips.

What wild tales have you heard about public transportation?

Since you are here, keep reading and learn how you can save on public transportation with commuter benefits.